Did you know? A fall-favorite, the candy apple, was invented in 1908 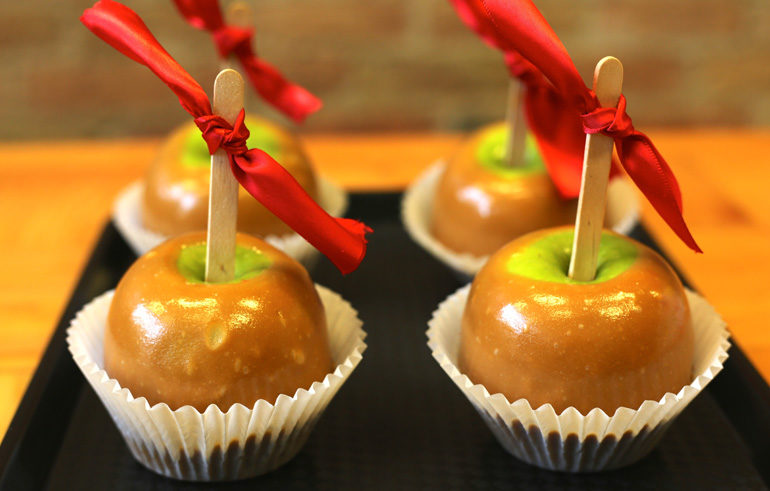 Toffee apples, also known as candy apples in North America, are apples covered in a hard toffee or sugar candy coating, with a stick inserted as a handle. Caramel is also commonly used to cover the apples. These are a common treat at autumn festivals, especially around Halloween.

American William W. Kolb invented the red candy apple. Kolb produced his first batch of candied apples in 1908. While experimenting in his candy shop with red cinnamon candy for the Christmas trade, he dipped some apples into the mixture and put them in the windows for display. He sold the whole first batch for 5 cents each and later sold thousands yearly. Soon candied apples were being sold along the Jersey Shore, at the circus, and in candy shops across the country.