Did you know? Candy canes were invented hundreds of years ago. 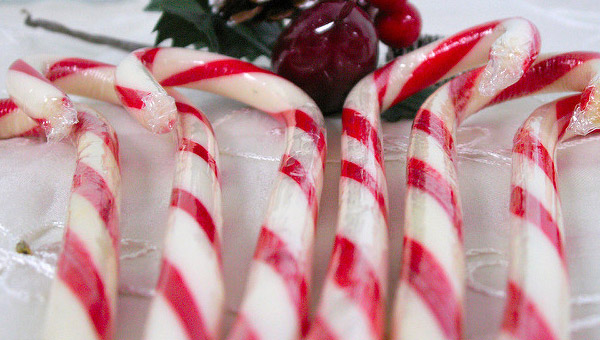 Candy canes, originally referred to as a ‘sugar stick’, were given to children in the mid-1600s during church services to help keep them quiet? A local candy maker in 1670’s Cologne, Germany constructed the sticks in the shape of shepherd’s crooks, honoring the occasion of Christmas Eve services in the church. A crook was added to the top of each stick to help remind children of the shepherds who visited the infant Jesus. From there, candy canes spread to other parts of Europe where they were handed out in churches and plays representing the Nativity.

A recipe for straight peppermint candy sticks with red stripes was published as early as 1844. By 1882, candy canes were known to be hung on Christmas trees. In the 1920s, Chicago confectioners known as the Bunte Brothers filed one of the earliest known patents for candy cane-making machines to construct the candy canes we know and love today.