Did you know that the first mention of the Easter Bunny was over 300 years ago? 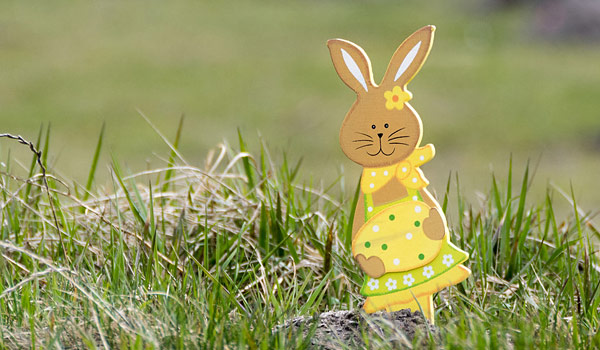 The Easter Bunny custom was first mentioned in Georg Franck von Franckenau’s ‘About Easter Eggs’ in 1682, referring to a German tradition of an Easter Hare bringing eggs for the children.

Originating among German Lutherans, the “Easter Hare” originally played the role of a judge, evaluating whether children were good or disobedient in behavior. The Easter Bunny is sometimes depicted with clothes. In legend, the bunny carries colored eggs in his basket, candy, and sometimes also toys to the homes of children, and as such shows similarities to Santa Claus.

The tradition has evolved into young children hunting for Easter baskets full of candy on Easter Sunday.