Did you know? The first lawn mower was invented as early as 1830! 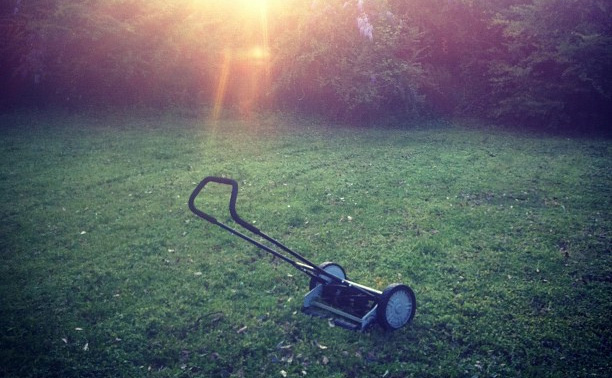 With Spring finally in full bloom and Summer fast approaching, people are commonly seen mowing their lawns. A well-maintained lawn makes homes and businesses look much more appealing, and some people even take joy in lawn upkeep. Lawnmowers have been in use for close to 200 years; however, the ride-along and motorized lawnmowers we know and love are recent advancements in the lawn care industry.

The first lawn mower was invented by Edwin Budding in 1830 in Gloucestershire, England. Budding’s mower was designed primarily to cut the grass on sports grounds and extensive gardens, as a superior alternative to the scythe. In the 1850s, a mower called the Silens Messor (meaning silent cutter) was created, which used a chain drive to transmit power from the rear roller to the cutting cylinder. These machines were lighter and quieter than the gear-driven machines that preceded them, although they were slightly more expensive.

A motor mower launched in 1921 was an immediate success. Just 900 of the 22-inch-cut machines were made in 1921, each costing £75. Within five years, annual production had accelerated to tens of thousands. Since then, multiple technological advancements have allowed for modern-day mowers to be created and mow lawns at high speeds.